Boozy, caffeinated, and luxuriously creamy, the White Russian is an unequivocal cocktail classic. Made from a simple recipe of vodka, cream, and coffee liqueur, this drink is thankfully as easy to prepare as it is delicious.

After several decades of relative obscurity, the White Russian took its rightful place as a cocktail icon thanks to its starring role in the 1998 cult classic, The Big Lebowski. Appearing as Jeff “The Dude” Lebowski’s drink of choice, the White Russian soared in popularity and is now a staple in bars worldwide.

How to make a White Russian

When whipping up your own White Russian, it’s important to prioritise quality ingredients. For the vodka, it’s only proper to opt for a Russian classic such as Smirnoff, Beluga, or Stolichnaya.

Kahlua Liqueur is the definitive choice when it comes to adding a coffee kick as it’s made with roasted arabica beans and sugar cane for pure, authentic flavour. If you fancy a lighter serve, swap out the heavy cream for milk or a vegan alternative.

Variations on a White Russian

Feel like mixing things up? The simplicity of the White Russian has inspired countless cocktail variations over the years, with some easy ingredient swaps making for a whole new series of taste sensations:

White Cuban – For a blend that’s sweeter and richer, use a double shot of Spiced Rum instead of vodka.

Dirty Russian  – Here’s one for the chocolate lovers! A Dirty Russian follows the classic White recipe but swaps out the heavy cream for chocolate flavoured milk.

Mudslide – Ultra-decadent and delightfully warming, top off your White Russian with a double shot of Baileys Irish Cream Liqueur to create a Mudslide cocktail. 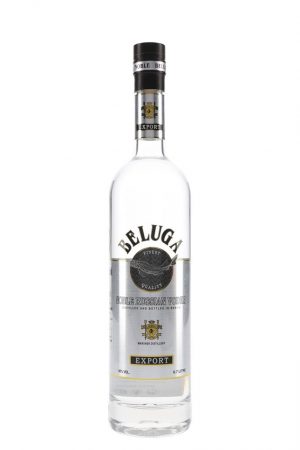