At VIP Bottles, we stock beers & craft beers from across the globe. Our continually updated selection includes leading brands such as Desperados, Brewdog, Guinness & Birra Moretti.

Try something new from our selection of beers today.

Beer is the oldest and most popular alcoholic drink on the planet.

The simplicity of its base ingredients – water, sugar, yeast and hops, means that beer can be brewed around the world.

Popular brewing countries include Germany, Belgium, England and the Czech Republic, but every country and region has its own interpretation of how to source and tweak ingredients to create its own range of refreshing brews.

Beer comes in a huge number of varieties. From heavy stouts, real ales and dark porters through to hoppy IPAs, blonde ales and Belgium fruit beers.

Craft beer, created in small batches using experimental flavours and brewing methods, has also seen an explosion in popularity in recent years. Modern brands have even experimented with infusing beer with other alcohol types, such as the Desperados brand, which fuses Beer and Tequila.
Read More
Beer is one of the oldest recorded recipes in the world. Ancient Egyptians first documented the brewing process around 5,000 B.C using pomegranates, dates and herbs.

The Egyptians used beer for religious ceremonies, with the Pharaoh himself in charge of the brewing schedule, distributing beer to the masses. During the building of the Pyramids, each slave received four to five litres of beer as payment for their efforts, which acted both as rewarding refreshment and source of nutrition.

When beer made its way from Africa and the Middle East to Europe, it soon became a part of life. With Europe able to grow barley crops in abundance, malted barley became the most common ingredient in European beer brewing.

The fundamentals of brewing have remained the same throughout its history. Brewing aims to convert a source of starch (traditionally malted barley) into a sugary liquid to which flavour is added through hops and yeast. These ingredients then go through a process called fermentation, which releases the alcohol needed to brew the perfect beer.

Depending on the brewer, malted barley can be replaced with other grains such as rice or wheat, resulting in a huge range of beers with their own unique mouths and flavour profiles.
Is beer gluten-free?

It depends; Beer uses lots of grains that have gluten as a base. However, many brands have released beers made from gluten-free cereals such as buckwheat, quinoa and maize that can serve the coeliac community.

How is low and non-alcoholic beer made?

The ‘low and no’ alcohol beer market has grown exponentially to support customers who want to enjoy the taste of beer without drinking alcohol. Non-alcoholic beer is fermented with a special type of yeast that produces no alcohol.

What is the difference between beer and lager?

There is technically no difference between ‘lager’ and ‘beer,’ as lager is a type of beer. However, lagers differ from other types of beer. For example, lager is fermented and conditioned at a cooler temperature and for a longer than an ale.

Beer is best enjoyed closest to its bottling date; the best beer is a freshly brewed one.

Though beer does not expire due to fermentation, it can ‘go bad’ thanks to oxidisation from air trapped during the bottling process. Beers can also go stale or ‘skunky’ if stored in improper conditions.

Which beer is good for your health?

It’s complicated. Beer was drank as a health drink in ancient times, but we hate to break that there are now better sources of nutrition available in modern times.

However, health demands have led to an increase in light, low calorie and ‘skinny’ beers on the market.

The majority of beer is vegan and contains no animal products.

However, some beers (particularly British beers) use animal by-products during processing. This includes using gelatin, glycerin, casein and isinglass, often used as preservatives and stabilisers.

Which beer is best for cooking?

Beer is a hugely popular cooking ingredient, from marinating beef in beer for a casserole, whipping up a batch of Nigella’s infamous Guinness cupcakes through to frying onion rings in beer batter.

In our opinion, the best beer for batter is a dark, flavourful stout.
Filter 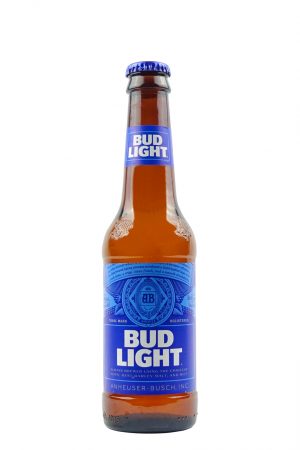