Explore VIP Bottles’ exceptional selection of fine Scotch whisky, including ranges from some of Scotland’s most esteemed distillers like Glenfiddich, The Macallan, Glenmorangie, Laphroaig and The Balvenie.

Discover your new favourite Scotch below...

Scotch is one of the most revered categories of whisky, famed for its expert production and characterful flavour. It is a malt, grain, or blended whisky that is made within Scotland’s five whisky regions: Speyside, Campbeltown, Islay, Highland, and Lowland.

There are three types of scotch:

Malt whisky is made from malted barley, water, and yeast. First, barley is soaked for several days, left to sprout, then baked and smoked to dry the grain and introduce a rich charcoal flavour. It is then ground down and mixed with hot water, creating a sugary liquid called “wort.” Yeast is added to the wort to aid fermentation and convert sugars into alcohol. The resulting liquid, or “wash,” is then distilled in copper pot stills before being placed in oak barrels to mature.

A single malt scotch follows this simple process but must be produced and bottled within one distillery.

Grain whisky has a similar production method but is made with a combination of malted barley and unmalted cereals such as wheat and maize. Rather than using a copper pot still, grain whisky is distilled in a Coffey still which yields a much stronger spirit. It is also lighter than most malt whiskies, so often takes less time to mature.

Blended whisky is a mixture of single malts and grain whiskies, carefully brought together by some of the world’s foremost drinks experts. A Master Blender will sample and pair a combination of spirits before leaving them to marry and mature. A blended whisky may contain anything from 2 to 50 whiskies from different distilleries to create a subtle, complex palate.

By law, all scotch whisky must be aged in oak barrels for a minimum of three years but will often be matured for upwards of a decade. Aging barrels will have previously contained sherry, bourbon, or rum, and will imbue the spirit with a distinctive character accordingly. The maturation period is perhaps the most essential aspect of whisky production, as it creates the signature golden colours and depth of flavour which have established scotch as one of the finest spirits in the world.

Read More
Scotland has been producing whisky for hundreds of years but is controversially thought to have been introduced to the spirit by the Irish.

The first documented mention of scotch appears in the Exchequer Rolls, a tax record for royal income and expenditure. On the 1st of June 1494, an entry was made stating: “To Friar John Cor, by order of the King, to make aqua vitae, VIII bolls of malt.” As “eight bolls” is enough to produce over 1000 bottles of whisky, it can be assumed that scotch production was already thoroughly established by this time.

The popularity of the spirit eventually grew enough to rouse the interests of the Scottish Parliament. They placed the first taxes on scotch in 1644, though this did little more than cause a massive influx of illicit whisky distilling and inspire some rather creative means of avoiding the taxman.

Ironically, one of the most famous tax-collectors of this period was poet Robert Burns, who in 1785 wrote an impassioned ode to his homeland’s native spirit, Scotch Drink:

Let other poets raise a fracas
'Bout vines, an' wines, an' drucken Bacchus
An' crabbit names an' stories wrack us
An' grate our lug
I sing the juice Scotch bear can mak us
In glass or jug

O thou, my Muse! guid auld Scotch drink!
Whether thro' wimplin worms thou jink
Or, richly brown, ream owre the brink
In glorious faem
Inspire me, till I lisp an' wink
To sing thy name!

It wasn’t until the 1823 Excise Act that the Scottish government made legal scotch production more profitable and began properly cracking down on illegal distillation. Within decades, scotch whisky became a legitimate venture and was introduced to global audiences as the pride of Scotland.
What is the difference between whisky and scotch?

An important distinction to remember: all scotch is whisky, but not all whisky is scotch.

Scotch is simply a type of whisky that must be produced in Scotland, like how bourbon is the moniker for whisky made in America.

What is the best way to drink scotch? Do I add ice or water?

The best way to enjoy scotch always comes down to personal preference.

Serving over ice can mask some of the liquor’s aromas and flavours but for many makes it much more palatable.

Drinking your dram with water is a great way to explore the scotch in more depth as it lowers the alcohol content for a smoother, more flavourful sip. You can add anything from a small drop to an equal measure.

What is the difference between single malt and blended whisky?

The difference between single malt and blended whisky depends on where they are distilled.

Single malt scotch is a whisky that is produced and bottled in a single distillery. It may be a mix from multiple barrels of different ages but will always be classed as “single” as long it was made in one distillery.

Blended scotch whisky is a mix of malt and grain whiskies from at least two distilleries. It’s not unusual for a blended scotch to contain spirits from up to 50 different estates.

What can I mix with scotch whisky?

Some of the most classic whisky mixers include ginger ale, cola, and soda water with a squeeze of lemon.

You can also enjoy scotch in a whisky cocktail. Try an Old Fashioned, a Whisky Sour, a Sazerac, or a Hot Toddy. 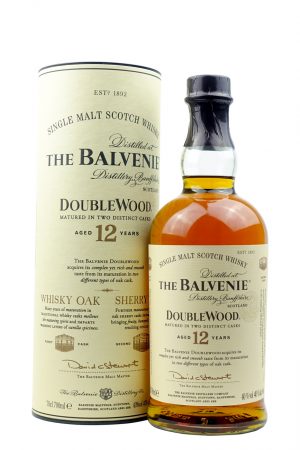 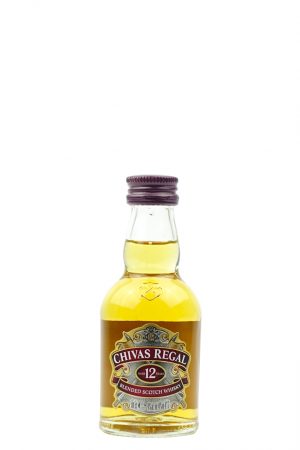