American whisky is as varied and wide-reaching as the country it comes from, from classic Kentucky bourbons and Tennessee sour mash whiskies through to more experimental craft lines.

The majority of American whiskies are aged in charred American white oak barrels, which gives many American expressions sweet vanilla notes alongside the unique aroma of toasted oak.

• Bourbon barrels can only be used once. After the whiskey inside has been emptied, they are usually sold to age other spirits like Scotch and Irish whiskey, Canadian Rye, or even beer.

• Frank Sinatra was buried with a bottle of his beloved Jack Daniels.

• The Bourbon recovery from prohibition was slow and steady, with sales finally outstripping Canadian whisky for the first time since Prohibition in 2010.

Whiskey came to America via Scottish and Irish immigrants, who brought their taste for whisk(e)y over in the 1700s, adapting production to the huge range of grains and water found across the states.

As whiskey grew in popularity, so did the Protestant-led Temperance movement, which promoted the prohibition of the sale of alcohol across the country. The movement was a success, and the prohibition era ran from 1920 to 1933. This nearly marked the end for American whiskey as Canadian whiskey boomed.

Unfortunately, the damage was done to American whisky by the time alcohol was legal once more, and American tastes had moved on to gin and cocktails.

The government spearheaded attempts to revive the American whiskey industry, including declaring Bourbon as ‘America’s Native Spirit’ in 1964.

Across the pond, whiskey connoisseurs enjoyed the vanilla, toasted oak and caramel levels of taste in American whiskies and its popularity grew exponentially.

Types of American whiskey include:

The classic American whiskey, famous around the globe. Bourbon can be made anywhere, but most is made in the state of Kentucky, where famous brands including Wild Turkey produce a sweet mash whiskey made of at least 51% corn which is then aged in charred oak barrels.

The world’s most famous whisky, Jack Daniels, is a Tennessee whiskey. While very similar to Bourbon, this designation of whisky must be made in Tennessee and filtered through maple charcoal before bottling – adding a further layer of purity and sweetness.

The king of the Old Fashioned, Rye whisky is made from a mash of at least 51% rye, aged in charred oak barrels. These whiskies are known for their spice-led, full bodied flavours.

These sweet, herbal whiskies come from a mash of at least 80% corn and does not require aging in wood.

Other types include wheat whiskies, which have a softer, more floral flavour and moonshine – unaged whiskey bottled straight after distillation.

Yes, bourbon is a specific kind of whiskey made from a mash which needs to be at least 51% corn, aged in new charred oak casks for at least two years.

Yes. The National Celiac Association claims that all distilled alcohol is gluten-free, as distillation removes gluten.

Can Bourbon only be made in Kentucky?

No. The majority of Bourbon is made in Kentucky, but there are no rules about where Bourbon should be distilled. For example, California has a growing craft Bourbon industry. 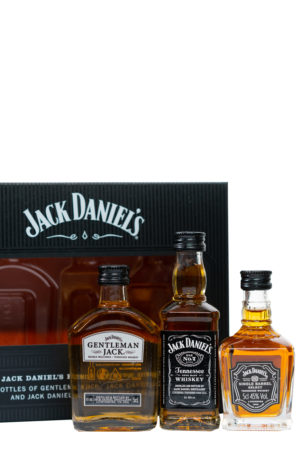