A staple of luxury, Cognac is produced in Charente and Charente-Maritime, both based in France's Cognac region.

Cognac can only be named Cognac if it has met certain legal requirements. These include the use of specific grapes; the brandy must have been aged for at least two years and must be distilled in copper pots.

Every step of the cognac process must occur within a particular area of Charente and Charente-Maritime, Cognac, France.

The six vineyard areas in Charente-Maritime produce a Cognac with their own distinct style. These are:


Cognac comes in several categories. Each variation is an acronym for how long the Cognac has aged.

Read More
Cognac’s origins trace back to the 16th Century, with the arrival of the Dutch to French shores. The Dutch would buy wine but struggled to keep it drinkable on the journey back to the Netherlands. To help preserve the wine, they began to distil it, turning it to eaux-de-vie, the name given to clear, fruit brandy and translated means ‘Water of Life’.

This distilled drink became known as ‘brandewijn’ or' burnt wine in English and is where Brandy gets its name. Eventually, the Dutch begin double distilling eaux-de-vie. The result of double distillation is a drink with a higher alcohol concentration, which means it can be shipped without the risk of damage to the product.

Luckily, delays in the handling of shipping cargo led to the discovery that extending the time that Eaux-de-vie rests in oak barrels results in an improved drink.

The world-famous Cognac houses were established during the 18th century. Martell opened the first in 1715 and Remy Martin soon followed in 1725. Cognac was particularly popular in the U.K. during this time, where smuggling was prevalent.

In the 20th century, the industry saw six Cognac growing regions protected by law. Cognac production also switched to the Ugni Blanc grape variety due to its resistance to phylloxera, an aphid that attacks the root of grapevines. The outbreak of phylloxera had devastated the Cognac region in the 1870s.
How do I drink Cognac?

Traditionally, the cognac snifter glass is suggested. This is a specific glass made for Cognac nosing and tasting. A fine Cognac experience should be one satisfying all senses, sight, olfaction and naturally, taste.

The shelf life of Cognac is technically indefinite. However, if your Cognac develops an off odour, flavour or appearance, it should be discarded for quality purposes.

Which mixer should I drink with Cognac?

You can mix Cognac with various drinks, including ginger ale, iced tea, tonic or coke. Cognac is also perfect served neat over ice or infused into a cocktail.
Filter 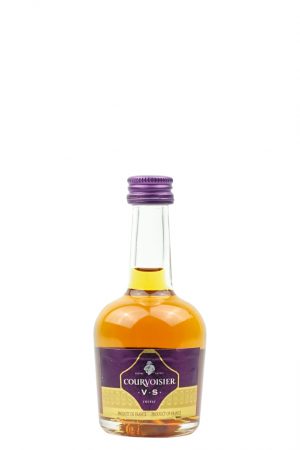