Prosecco is a popular sparkling Italian white wine produced in a large area spanning nine provinces in the Veneto and Friuli Venezia Giulia regions. The wine is made from the Prosecco grape (now called the Glera).

Perfect for any celebration, shop our selection of Prosecco bottles from leading brands including Accademia and Bottega.

Though traditionally always white, a new rule introduced in 2020 allowed for rose variations could be made.

Unlike Champagne, Prosecco is produced with the secondary fermentation stage taking place in stainless steel tanks rather than individual bottles; this means the process is less expensive and shorter with a minimum production time of 30 days. High-quality prosecco will ferment for longer at around nine months.

Prosecco has a minimum of 10.5–11.5% alcohol by volume. The flavour is often described as aromatic and crisp, recalling yellow apple, pear, white peach, and apricot.

Read More
Prosecco has a long history that can be traced back to the Roman era.

The first known mention of the drink is attributed to an Englishman, Fynes Moryson, who used the spelling ‘Prosecho’ in his notebook in 1593 while he travelled around the north of Italy.

In the 1990s, sales of Prosecco began to boom. Prosecco is cheaper than Champagne, which widened the market and made it more appealing for casual consumption. The U.K. quickly became the biggest export market for Prosecco, consuming 25% of all Prosecco produced by the mid-2010s.

To protect the name, an association of traditional Prosecco growers created a protected designation of origin status for Northern Italian Prosecco under European law. Since 2010, Prosecco is no longer the name of a grape variety (now to be called Glera) but exclusively a geographical indication.

To this day, Prosecco remains an elegant drink that is consumed at high profile events, with brands such as Bottega Spa being exceedingly popular.

Is all Prosecco bubbly?

Prosecco comes in three levels of perlage, which is a fancy word for delicious bubbles. There are the bubbliest, Spumante, the second- Frizzante, and the still, Tranquillo.

How do I keep my Prosecco bubbly?

A champagne stopper is the best solution, but you can also keep the bubbles going in your Prosecco by keeping your bottle cold in the fridge with a spoon resting inside the bottle.

What is the difference between Champagne and Prosecco?

The main difference is that Champagne is made from Chardonnay, Pinot Noir and Pinot Meunier. Prosecco is the name of the wine and was the name of the relatively modest grape from which it is made.

Prosecco does not age well, and if it is more than two years old, it should be discarded. Once opened, it is best to consume within two hours.

What is Prosecco DOC? 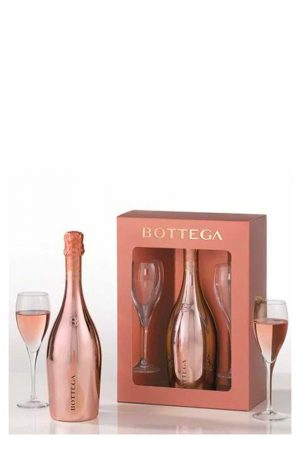 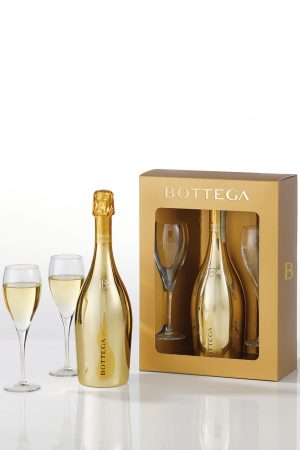