Sparkling wine is a bubbly alcoholic drink made from fermented grapes, traditionally drunk at celebrations. Many different wines fall under this category, most famously Champagne & Prosecco.

Explore our wide range of fancy fizz below...

Champagne is a sparkling wine that is produced in the Champagne region of France. It is typically made using a variation of Pinot Noir, Pinot Meunier, and Chardonnay grapes that are pressed and twice fermented to produce its signature fizz.

Certain bottles are classified according to which grapes are used. Blanc de Noir, for example, is made entirely from Pinot Noir, whereas Blanc de Blancs is exclusively made from Chardonnay grapes.

Prosecco is an Italian sparkling wine made in the Veneto and Friuli Venezia Giulia regions. It is made with the Glera Prosecco grape and undergoes a similar manufacturing process to Champagne. However, where Champagnes’ second fermentation period takes place within bottles, Prosecco is fermented in steel tanks.

The various regions, ingredients, and production methods behind sparkling wines mean that different varieties can have drastically different tasting profiles. Whether sweet, zesty, or floral, every sparkling wine delivers divine bubbliness and makes the ultimate drink for celebration.

Read More
Legend has it that the Romans were the first to plant vineyards in the region of Champagne, while the first officially recorded vineyard belonged to St. Remi in the 5th century.

In the year 987, Hugh Capet was crowned King of France at the Cathedral Reims and held a coronation banquet with wines from local regions. Many of these wines would go on to form the basis of the champagne we know and love today and initiated the long-standing association of sparkling wine and royalty.

Modern methods of sparkling wine production are widely attributed to Benedictine monk, Dom Pierre Pérignon. In the late 17th century, Pérignon worked from the Abbey of Hautvillers to create a white wine that would match the quality of Burgundy’s famed red wines.

Using incredibly fastidious techniques known as the methode champenoise, Pérignon revolutionised vinification processes and created the first ever bottles of Champagne. Today his legacy lives on in the form of Dom Perignon Champagne, one of the world’s most celebrated brands of sparkling wine.
Does sparkling wine go off?

Compared to other wines, sparkling wine has a relatively short shelf life. Most unopened bottles will last around three years before starting to lose their bubbliness and deteriorate in flavour.

Once opened, sparkling wine can be kept for around 24 hours by sealing the bottle with a cork or stopper and storing it in the fridge.

Yes – if left in the freezer for too long, sparkling wine will freeze and could potentially burst. If you’re bottle has frozen, carefully remove it with the cork facing away from you and leave it in a safe place to defrost.

What is the best sparkling wine cocktail?

Pair your champagne or prosecco with orange juice for a mimosa, peach puree for a Bellini, or raspberry liqueur for a raspberry fizz.

Thankfully, most sparkling wine is naturally vegan. Some brands, however, use fining agents such as gelatine and egg whites, so always check the label before buying.
Filter 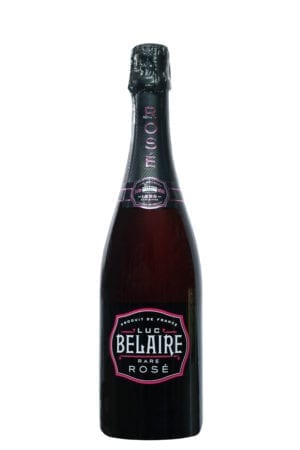