We stock an exceptional range of vodkas and flavoured vodkas from some of the world’s most prestigious brands, including Cîroc, Effen, Grey Goose, Beluga, Absolut, Smirnoff and Au.

Vodka is one of the most popular alcoholic drinks in the world thanks to its incredible versatility. Not only can it be drunk neat over ice, with a mixer, or as a shot, its classic flavour makes it the perfect base for countless delicious creations. Martinis, Cosmopolitans, White Russians, Screwdrivers, and Bloody Marys are just several of the best-loved vodka cocktails.

These bottles and more are available in a vast selection of innovative flavours, ranging from cherry, vanilla, and mango, to watermelon, coconut, and cinnamon. Find your favourite today.

• Vodka originated from the word ‘Voda’, which means water in Russian

• The most expensive bottle of vodka in the world costs $3.75 million. This “Billionaire Vodka” is filtered through crushed gemstones and packaged in a platinum-coated, diamond-encrusted crystal bottle

• Vodka is one of the purest man-made substances in existence. After distillation, it only contains 2 compounds: water and ethanol.

Vodka is a clear spirit made from fermented cereal grains such as corn and wheat, or starch-rich plants like potatoes.

Vodka produced in Europe and the U.S.A. goes through extensive filtration to remove impurities and refine taste. Activated charcoal is typically used as a filter, but certain distilleries favour unconventional materials such as coral, limestone, or even gold and quartz.

Traditional vodka-producing nations like Russia, Poland, and Sweden prioritise highly accurate distillation methods over filtering as it’s thought to preserve vodka’s signature characteristics. Through numerous rounds of distillation, or the use of a fractionating still, the spirit’s taste is fine-tuned, clarity increased, and smoothness perfected.

The origins of Vodka are hard to pin down, with Russia, Poland and Sweden all claiming to be the inventors of this hugely popular drink.

Some sources evidence Polish varieties being used as medicine as early as the 10th century, while other legends point to it being created by a Russian monk in the 1400s.

Vodka’s popularity soared across Slavic and Scandinavian nations throughout the 18th and 19th centuries, but only reached global heights following the political tumult of 1917. During the Russian Revolution, many people began fleeing the country with their prized bottles of vodka in tow, thus introducing the spirit to a new worldwide audience.

American drinkers, however, didn’t quite catch on to the craze until the 1930s. Their love of vodka only began when a Russian distillery owner, Vladimir Smirnov, sold the rights to produce his vodka in the U.S.A. The brand name was quickly changed to ‘Smirnoff’, and a new cocktail, The Moscow Mule, was created to stimulate interest in the new spirit. These clever marketing strategies were a resounding success, as Smirnoff sales tripled in a decade and cemented vodka as a favourite among Americans.

This newfound popularity only continued through the years, with vodka now standing as one of the most widely drunk spirits in the world.

It’s near impossible for an unopened bottle of vodka to expire, but once opened it should be consumed within a year.

After 12 months, oxidised vodka may begin to lose flavour and alcohol content or develop unpleasant aromas and colour.

Vodka doesn’t freeze! Its high alcohol content means that keeping a bottle in the freezer will leave it nicely chilled without turning into a solid block.

Like most hard liquors, vodka is almost always vegan and gluten free.

Because of its thorough distillation process, even vodkas made from wheat, barley, or rye are typically considered safe for celiacs.

It’s worth checking the label to make sure no unwanted ingredients have been added, but vodka is usually made for all to enjoy.

What do I mix with vodka?

Vodka is an extremely versatile spirit so can be mixed with just about anything. Popular choices include lemonade, cola, fruit juice, and soda water.

What is the best vodka cocktail?

From a vast number of vodka-based cocktails to choose from, we’d recommend a Martini, Cosmopolitan, Screwdriver, or White Russian. 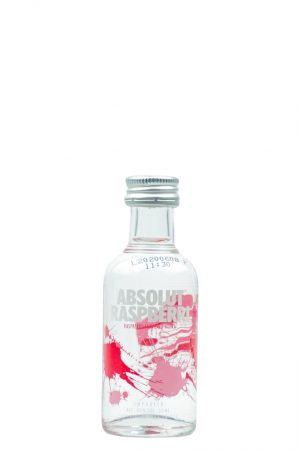